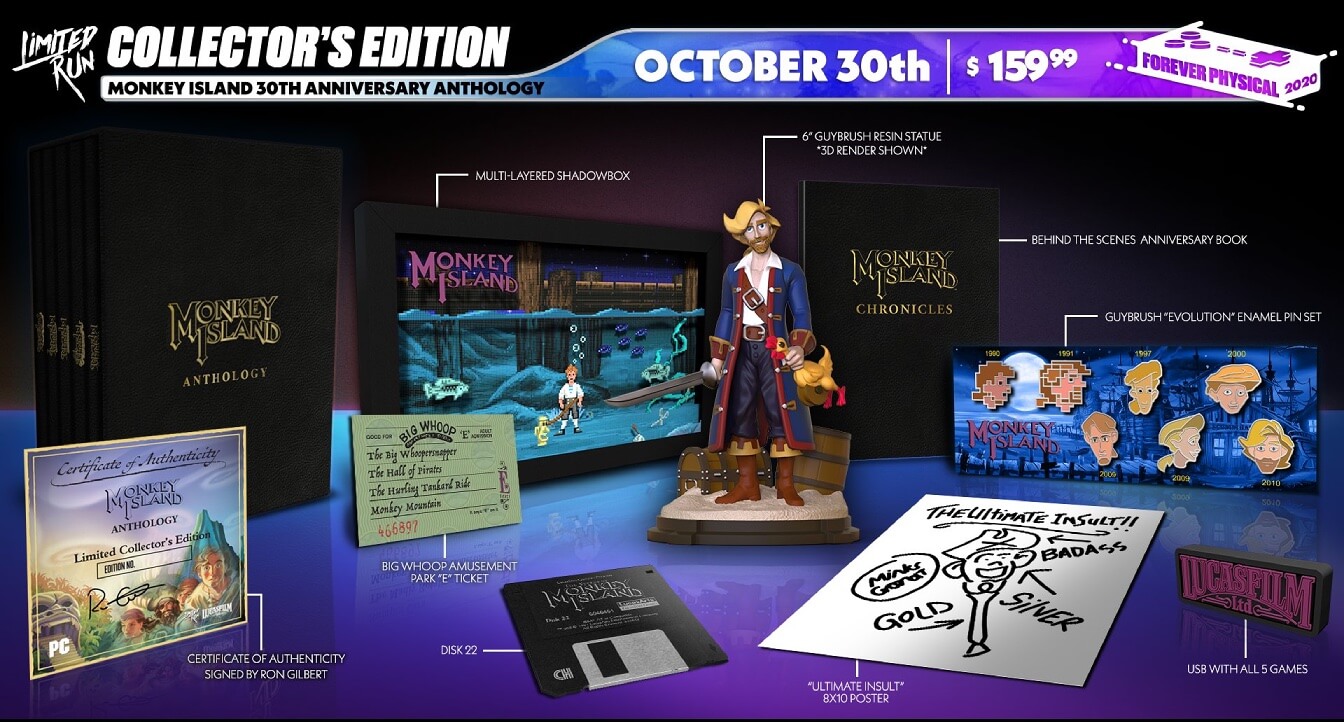 Limited Run Games has just announced the Monkey Island Anthology boxset for PC. The biggest surprise is that it now contains all 5 games including Tales of Monkey Island which was not part of the first announcement.

Announcing the boxset of every mighty pirate's dreams: the Monkey Island Anthology for PC! Including all five games in the Monkey Island series and many beautiful works of Guybrush art, this anthology sets sail on Friday, October 30th. More details later this month!

The boxset also includes several goodies like the famous disk 22 from MI1 stump joke and a Guybrush resine statue. It will go on sale for $155.99 on October 30th.

Just to clarify that this is an open pre-order! It will be available for at least 4 weeks and they will produce as many as ordered.