Monkey Island Anthology is back! 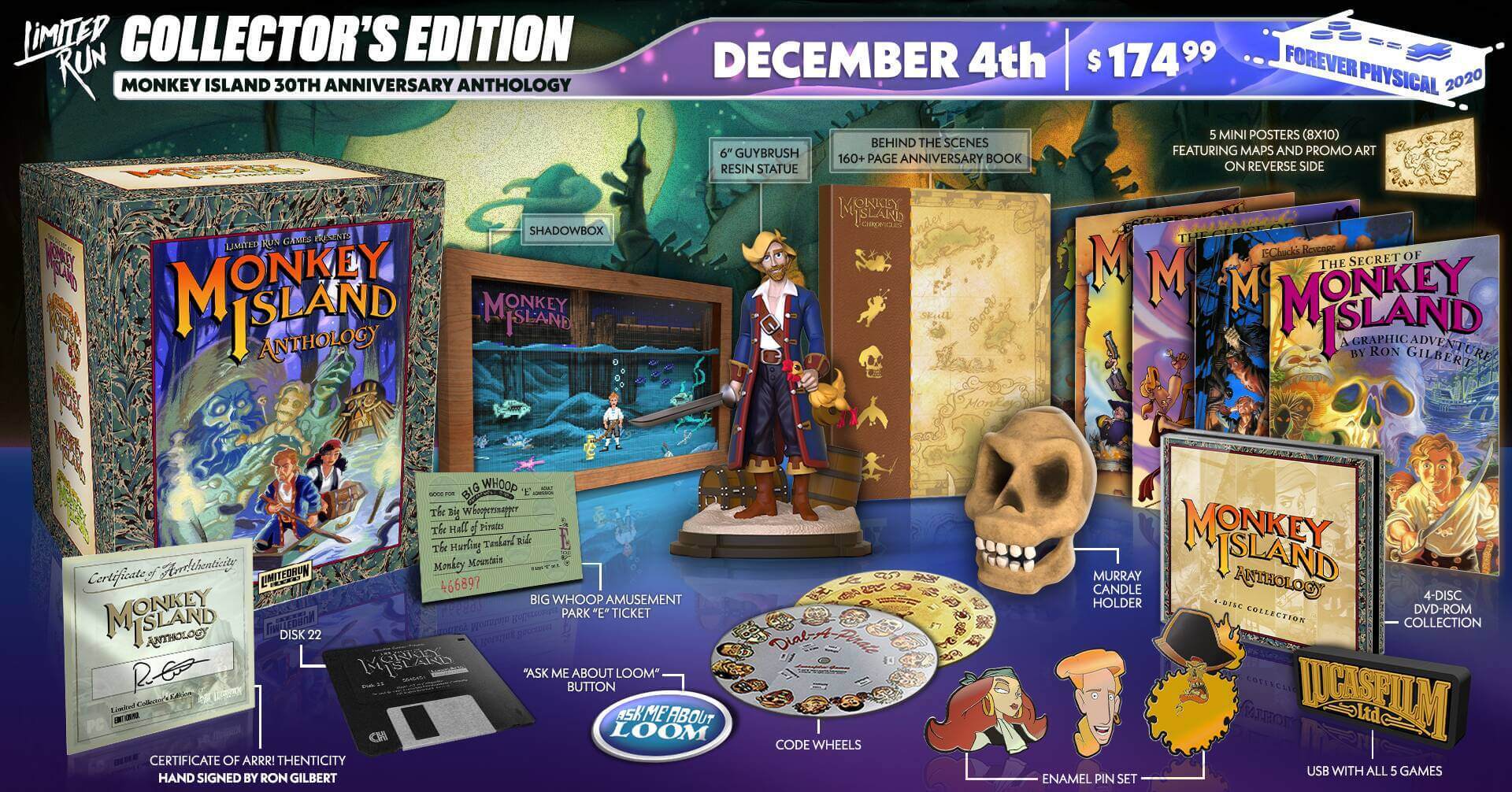 The Monkey Island Anthology boxset has finally been updated by Limited Run Games. This update comes after the previous boxset suffered a lot of backlash as it was not up to the standards expected by the fans. However, the upgrade comes at a price - the collection now costs $174.99 instead of the previous $159.99. None the less, there are big improvements and the boxset now includes, among other things, the code wheels from the first two games and posters from all Monkey Island games box arts.

It's back, and it's better than ever! Our physical Monkey Island Anthology for PC includes all five games in the Monkey Island series and a variety of goodies that span the franchise. This anthology sets sail on Friday, December 4th at 10am ET!

The open pre-order will be available from December 4th at 10am ET (3pm GMT or UK time) till January 31st on this page.

Hi, will there be production of any more of these? I didn’t see this u till now and would have loved to have brought one!

Hi Kelly! This was a limited sale and the Anthology is no longer available on their website. However, Limited Run Games will have some available boxes on their physical store that they are opening on April 30th. The store is in North Carolina, if I am not mistaken.