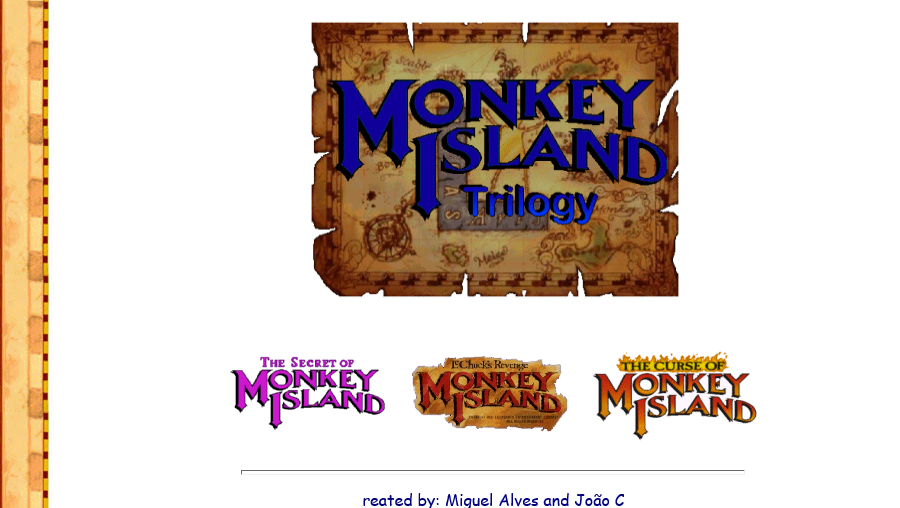 The site was created in 1998 by two Portuguese (Miguel Alves and João Caeiro) after they played their favourite game - The Curse of Monkey Island. Back then the site was called Monkey Island Trilogy but the name didn’t last long for obvious reasons. 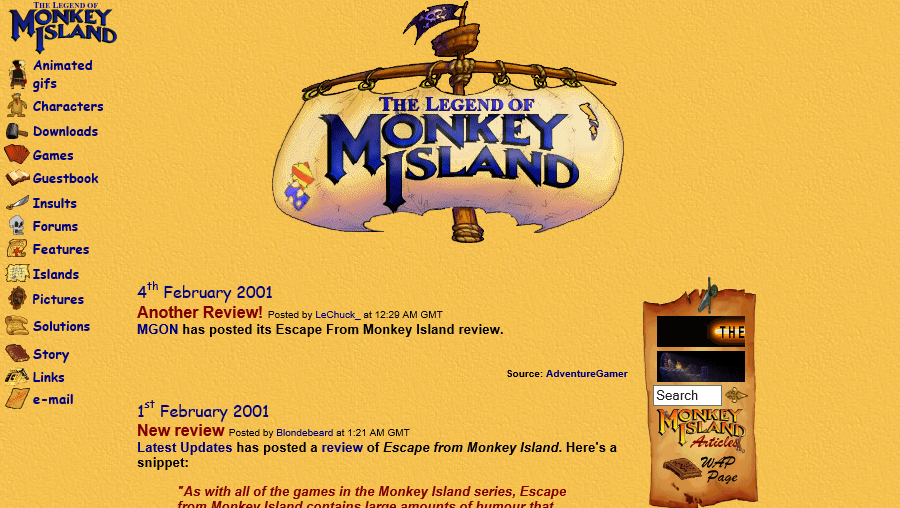 Slightly after the Escape from Monkey Island was announced the site was renamed to The Legend of Monkey Island. The navigation menu went to the left side which was very common at the time and it had a MIDI music from the Goudsoup hotel exterior playing on the background. That’s also when it started having news updates. It also featured a logo designed by Bill Tiller, the lead background artist of The Curse of Monkey Island. 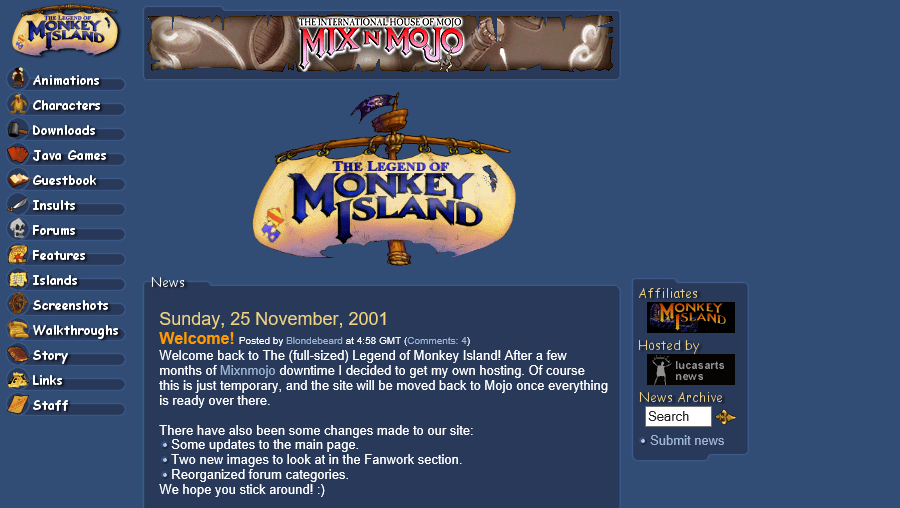 Around 2001 the site was redesigned and went to a blue colour scheme. It got a new forum which brought a lot of people to the website including most of our old staff (Metallus, mymipage, Carla and Junior). This was the first time the site was hosted by The International House of Mojo. 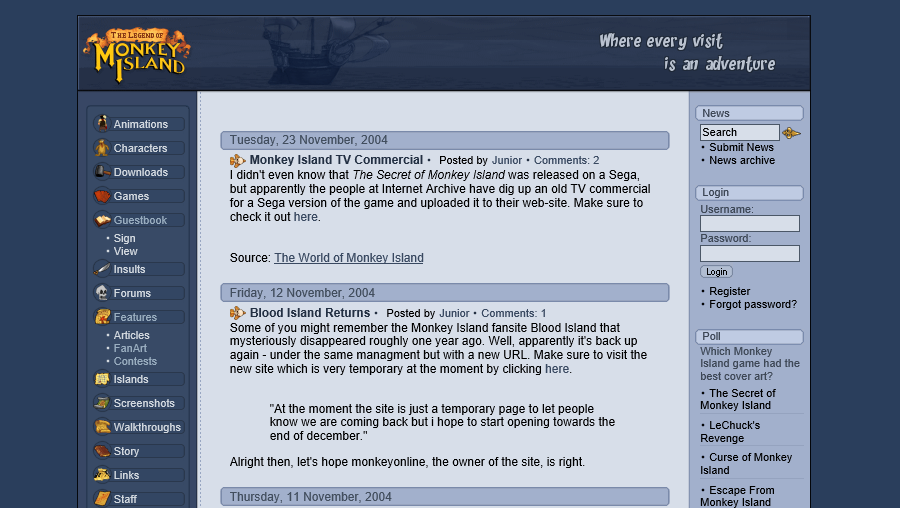 By 2004 it got another facelift to a more mainstream design but still using blue as the main colour and it got a slogan - “Where every visit is an adventure”. In retrospective the name was quite fitting considering the amount of problems it faced with the hosting server. 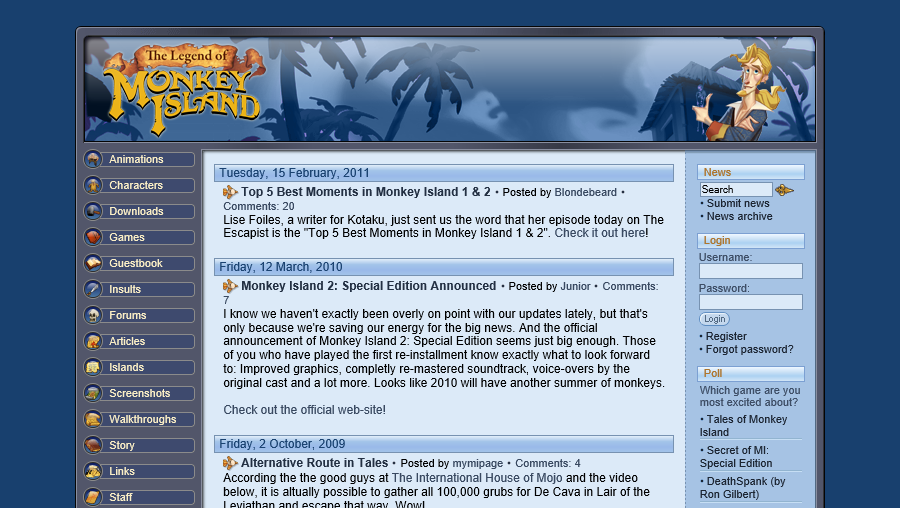 The previous design went online around 2005 and it was the one that lasted the longest. It only got a small design update with a new banner in 2010 to celebrate the announcement of Special Edition of The Secret of Monkey Island and Tales of Monkey Island. Around 2012 our hosting had another problem and lost all the data and the site was dead for almost a decade.

Thanks to our patrons that help us keep the website alive:
charles davis
Remi André Olsen
João Caeiro
Beth C

If you want to support us as well become a patron here.

Miguel Alves - Founder of the website. Designed all versions and also did the coding when the site moved to a scripting language.

João Caeiro - Co-founder of the website. Helped with a big chunk of the content available. Spent hours uploading the website back when it was hosted by Geocities at the end of the 90's. He was very active until early 2000.

mymipage - He was one of the first staff and started by writing articles and updating the news.

Metallus - Started as a forum moderator but quickly began updating the news section. He then moved on to work on other websites like The International House of Mouse.

Junior - Along with Carla did most of the interviews on our website. Also helped with the news.

Carla - Did a lot of interviews available on this website and provided fresh news updates.